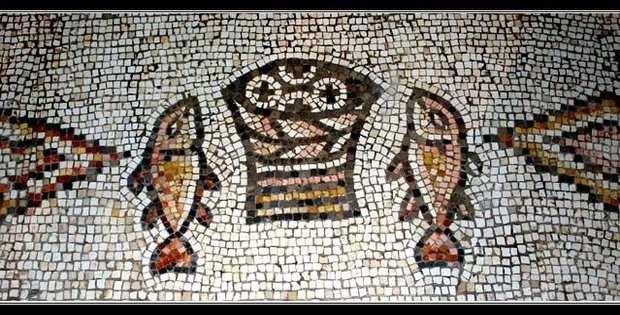 If we try to locate the supreme instance of Christian caritas activity, that is at the same time a supreme instance of the mission of the Church, these efforts will undoubtedly lead us to the practice of unmercenariness. This practice for the secular human mind of our contemporary age is both incomprehensible and unintelligible both by its meaning and significance. The notion of unmercenariness, or anargiria - non-mercenary, without money, without payment, free of cost, but at the same time priceless, worthy – refers to the super-historical call of the human to realize himself as a creative being, leaving at the same time his creativity undetermined and unburdened with the business logic of the world and its time, making the human and his creativity nothing but “market idols”, as noted by Francis Bacon. Those idols, or false (market) values come from the tendency in which the human rejects his own worth, but also the worth of the entire creation. At the moment when the world and the human started to evaluate themselves with limited and final prices, regardless how many ciphers they required, at that moment the human lost his essential axiological criteria. We often tend to, even though we might constantly read and re-read the New Testament, overlook or forget the words of our Lord Jesus Christ: You received without paying; give without pay! (Mathew, 10:8). According to the partial, or more precise passionate logic of the contemporary Adam, the entire God’s creation abstracted in the term nature, is a cheap, free offer to gratify his needs. Both corporal (profane) and spiritual (religious) needs. But, creating that logic, he re-contextualizes himself in one more humiliating form of anthropology, an all too human anthropology that becomes his credo – immensely distanced from the original Biblical anthropology, according to which he was created to be the master of the world, not his parasite.

Real human creativity is based on premises like this. Hence the apostle mission as its essential element. These words, of course, don’t mean a creation of some utopian concept of a planetary service for a free realization of every human desire and need. On the contrary, they refer to the need for the building of clear conscience, or better self-realization of the real value of our existence.

This thesis can be illustrated with one more evangelical happening. Namely, we speak about moral and historical overture of the miracle in which our Lord Jesus Christ fed five thousand people with five loaves and two fish: Now when it was evening, the disciples come to him and said, “This is a desolate place, and the day is now over, send the crowds away to go into the villages and buy food for themselves”. But Jesus said, “They need not go away; you give them something to eat”. They said to him, “We have only five loaves here and two fish”. And he said, “Bring them here to me”. Then he ordered the crowds to sit on the grass, and taking five loaves and two fish, he looked up to heaven and said a blessing. Then he broke the loaves and gave them to the disciples, and the disciples gave them to the crowds. And they all ate and were satisfied. And they took up twelve baskets full of the broken pieces left over. And those who ate were about five thousand men, besides women and children.

You give them something to eat! Give them without paying!

From the materialistic point of view, Christ’s advice is absurd. What man can give, in the deepest philosophical sense – is really nothingness. Five loaves and two fish for five thousand people without women and children. Five thousand families. According to the simple mathematic – at least fifteen thousand people. And it is always like that, when human tries to amputate God from His own creative, and even caritas activity. It was perfectly clear to the apostles when they heard the words of the Teacher: You give them something to eat! – and when they collected twelve baskets of pieces left over, for each apostle one basket.

Our Savior, of course, didn’t have the intention to make His own disciples ashamed. He doesn’t want to degrade every benevolent initiative of the human, helping his own relatives, like minor and senseless. On the contrary: With the shout: You give them! – Christ is calling us to action with a reason. He is calling us to collaborate to eliminate famine and suffering. Because everything from the meeting of the elementary need for food up to the super-historical act of revelation is a creative act which God and human absolve in synergy. God just confirms that with His words: You give them! He doesn’t say: Leave, I will do everything! Then why, with five loaves and two fish in our hands, standing (hungry and thirsty) in front of all the hungry and thirsty world with a concept of some laicism – making the human the sovereign ruler of all the visible – why we refuse the collaboration with a living God?

The issue is not whether the contemporary human will perform his creative mission with secular or religious motives. These are not human convictions. Since in that context also no man has spoken like That Man. Let’s get back to the event in the Gospel. By teaching and healing, Christ in His mission gathered together around Him more than fifteen thousand people. Who is that shepherd who succeeded with his words or spontaneous acts, before or after, to get together such crowds? I don’t speak about meetings of persons-institutions that have organized enormously big media machinery in one metropolis, but about the act and speech of one shepherd, practicing his own service in everyday life.

Nevertheless, our contemporaries, the same as the people from the Gospel happening mentioned above, do have a need to get together, to form a church, to heal their own wounds and diseases. As an example, I share the attraction with the song from the group Faithless – GOD IS A DJ: 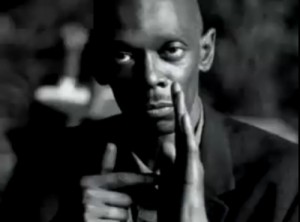 Young people, generations of the so-called post-Christian age, growing in spontaneous laic environments, have the basic need for the miracle with the five loaves and two fish, with all the fullness of that creative dynamism. These faithless angels, who are offered sterilized society in a laboratory and a culture against any kind of religious infections and contaminations – instead of life with a living God – they express their own spiritual hunger and thirst exactly in this way. I apologize if my decoding is too subjective, but it is an expression of my own experience with this music and the energy it creates:

This is my church — I need a Church
This is where I heal my hurts — I need to heal my hurts
The poetic justice of cause and effect — I need harmony
Respect, love, compassion — I need values
Let God be my DJ!

Religion, or more precise, the life with a living God is not a reason for terrorism. Terrorism of any kind. Psychological and political terrorism, destruction of the world today, its transformation into a place of fear and violence, have their roots in the moral fall of the humanity, in the lack of consciousness for unmercenariness. Religious fanaticism, the same as political fanaticism (fascism), are fruits of the same devaluation of the “price” of the life as a gift. A gift from God. The contemporary, deeply unhappy and dissatisfied human, is not creating terror because of the way he believes in God, but because he has become blind and deaf for God. With five loaves and two fish in his hands, and a huge emptiness in his heart, he is trying by force to establish just different kind of human justice from those of the Babylon policemen. To feed the world by force until it gets strangled. If we try to liberate our world only from one type of terrorism, it will not become a better world. But if we bring life its real, essential value – its priceless worth – for every living creature, from the most reasonable till the most unreasonable, our word and our act will have divine energy too.